Let’s be honest, there’s a lot of headache in owning old stuff. When things break I don’t just run down to the Vintage Trailer Store in Anytown USA and grab a new widget to replace the one I broke while backing into a tight spot. It takes heart and no small amount of ingenuity to keep these old girls out of the boneyard.

Maintaining old stuff might be a lot of work, but the old adage of, “They just don’t make things like they used to” is true. It’s more than just the materials of today compared to yesteryear. It’s the design, functionality, feel and look that’s missing from a lot of today’s ‘things’. Look around and you’ll see that some of the most popular things of today are simply a re-hash of old stuff. Even so, it’s the authentic old that trumps the new ‘old’. People of all ages love to come look at my ‘old’ trailers and I love to have people appreciate them. They’re not going to last forever.

This week the ad agency my husband works for was filming  television commercial for a local brewery. The shot list called for some young, hip cats hanging out at a tailgater or camping with a cool, old trailer. They asked if one of my trailers would play a supporting role in the commercial and I said, “Sure!”. What better way to let one of these cool, ‘old’ trailers live on forever than in film.

Having the old stuff my be hard sometimes, but it’s fun to share.

I’ll be sure to post a link to the commercial when it’s available. Here’s a few photos from the shoot.

Mike and Ian ‘block in’ the establishing shot. 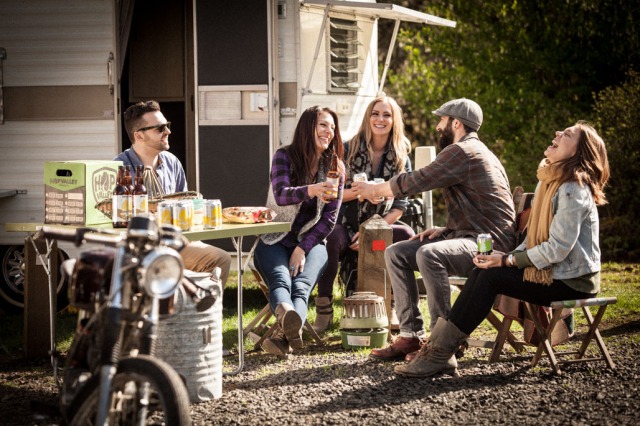 Hanging out with Auntie Mil

Auntie Mil and Piglet (1974 Honda motorcycle). I wonder if Auntie Mil wanted her own trailer. You know how hard actresses can be…

I’m ready for my close-up

As with any good enthusiast, I am a member of at least half a dozen Facebook pages related to the vintage travel trailer world. In the winter months, many of us with small trailers store them, wrap them, move them to high ground, or otherwise put them in a form of hibernation. As I write this I have learned the highway just above my home has had a slide and a lane fallen off the hill. We have had snow, drought, and flooding in the last few weeks. Things are muddy, soupy, and puddles or ponds of standing water with flood warnings all around.

It was my plan to travel extensively in the winter with my trailers. I have come to realize some of the rouge has worn off that idea. When it comes to setting up in hurricane wind and rain scenario, I have taken on some pretty big weather conditions in order to take my girls on an adventure. I will admit, I even felt smug about being tough enough to do this all by myself. Truth be told, I am always far more relaxed when my husband is driving. He is a superstar at handling whatever mom nature hurls at him. I both admire it, and deep down, I am intimidated by his ability to drive a rig in bad weather and then blindfolded, back a trailer into a spot with the precision of a rare diamond cutter. It is a thing of beauty that comes naturally to him. I can’t even run the Wii game controllers without my family forcing themselves not to complain or roll their eyes. We have had the games for several years I might add. I lack something in the hand eye coordination that seems effortless to them.

Today on the Facebook group Tin Can Tourists, I met a new trailer owner named Pat. She wrote a post that inspired me this morning. She wrote about her accomplished adventures this winter. It reminded me of something I am not very not proud of, I put my enthusiasm into hibernation. I have a list of reasons, a few excuses, and yet here below is the very heart of why I own them to begin with. So with my friends note below I lift a cup to Spring. Here is to the hope that springs forth after a long dreary winter, tiring both earth and soul. Pats courage, is contagious. Here with permission from the author, is courage penned and I am thankful for her contagious enthusiasm. 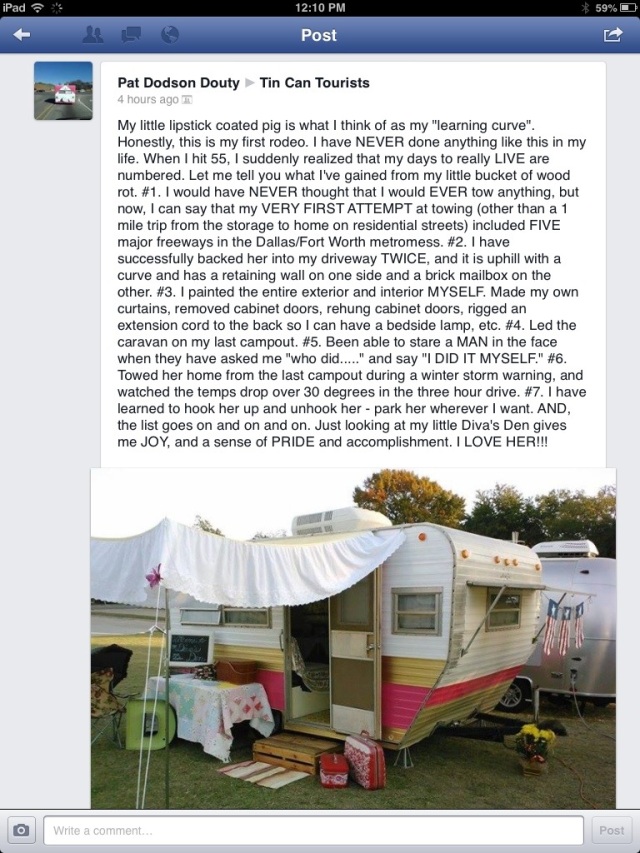 Our trailers for rent

Click on any photo below to get a closer look at our trailers available to rent. 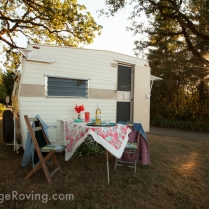 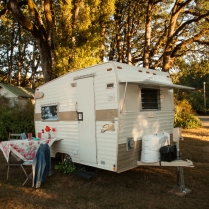 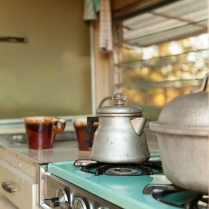 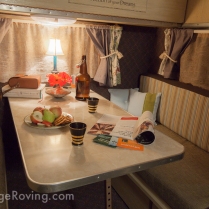 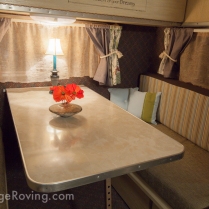 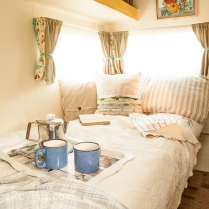 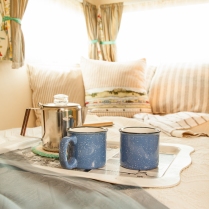 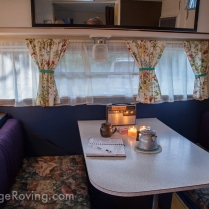